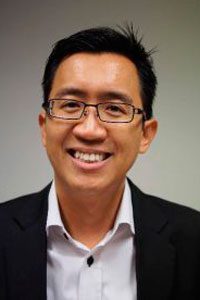 Kevin specializes in Conveyancing and Property Law, and Landlord and Tenant law.  He obtained his degree of Bachelor of Laws (Hons) from the University of Singapore in 1999 and was admitted to the Singapore Bar in June 2000. 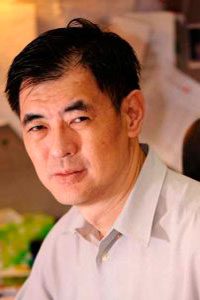 Kok Yeow specializes in Probate / Trusts laws and Intellectual Property laws. He has practised law for more than 29 years.  He obtained his degree of Bachelor of Laws (Hons) from the University of Manchester in 1986 and is a Barrister-at-Law (Middle Temple).  He was called to the Bar of England and Wales in July 1987, and was admitted to the Singapore Bar in June 1988. He has been a partner of the Firm since 1991.  He is also a Member of the Singapore Institute of Arbitrators. Since 2011, Kok Yeow has been an Adjunct Senior Teaching Fellow of the of the Singapore Institute of Legal Education for Wills, Probate and Administration (WPA) for the Part B Course leading to the Singapore Bar Finals Examination. Between 2015 to 2017, he was the Subject Co-ordinator for the WPA Course, and he remains one of the Facilitators for the SILA WPA Course.

Kok Yeow is also the Chairman of the Law Society of Singapore’s Probate Practice Committee.

Kok Yeow is also a member of the Inquiry Panel appointed by the Honourable The Chief Justice under the Legal Profession Act; the members of the Inquiry Panel are appointed to form Review Committees and Inquiry Committees to investigate into complaints against solicitors for disciplinary and other forms of misconduct.  He also sits on the Inadequate Professional Services Committee of The Law Society of Singapore, which is the body tasked with inquiring into complaints of inadequate professional services by clients against their solicitors.

Kok Yeow is also a Commissioner for Oaths.

Head of the Litigation and Dispute Resolution Practice

Jason is the Head of the Litigation and Dispute Resolution Practice at De Souza Lim & Goh LLP. He obtained his LLM degree from University College, London. He was called to the Bar of England & Wales in 1982 and was admitted to the Singapore Bar in October 1983.

Jason was admitted as a Fellow of the Singapore Institute of Arbitration in 1999. He has been appointed by the SIAC and the ICC International Court of Arbitrators in both international and domestic arbitrations as sole arbitrator and as co-arbitrator since 2003.

Jason is also a Notary Public. 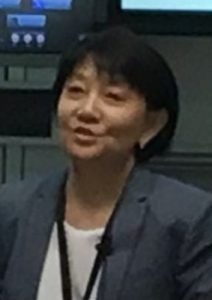 Margaret has over 30 years’ experience in real estate, handling sales and purchases on behalf of individuals as well as corporations.

Margaret handles mortgage financing on behalf of various banks and advises judicial managers, receivers and managers, liquidators and mortgagees in transactions involving restructuring of debt and realisation of securities.

Margaret also handles the purchase of sites for redevelopment including the developers’ purchase of residential developments sold on a collective basis, as well as the financing of such purchases. Margaret also acts for developers in the sale of the units in both licensed and unlicensed projects.

He graduated from the University of Nottingham, England, in 1997 and was called to the Singapore Bar in 1999. Andrew’s primary area of specialty is in litigation.

On this front, he is experienced in dealing with all kinds of corporate, commercial, contractual, property, landlord and tenant, strata titles, insolvency, insurance, and varied forms of tortious (such as negligence, defamation, assault, nuisance, deceit, conspiracy, etc.) disputes.

He has actively been involved in all levels of trial and appellate advocacy before the Singapore Courts and other tribunals, and is also well versed in alternative forms of dispute resolution such as mediation and arbitration.

Given his extensive areas of practice, Andrew has over the years dedicated his services to all kinds of clients, ranging from the ordinary man on the street to medium-sized enterprises to large corporations, and is versatile in catering to their needs.

He participates in various free legal clinics organised by the Law Society of Singapore and Community Clubs and conducts talks and lectures on legal topics with numerous organisations.

His notable pro bono efforts include defending the labour rights of foreign workers in the much publicised case of SMRT drivers going on strike.

Contact De Souza Lim & Goh through the details provided or email us and have one of our staff respond to your query.